A WORLDVIEW OF INTEGRATION

The Sources of Inspiration for artists are diverse, but the beauty of nature with all its various appearances is maybe the major source of creativity. The attempt to comprehend the world around us, by analyzing and embibing it with thoughts and feelings, to depict it in a new way, is often the driving force for many of my fellow artist friends.

The rapid technological progress and the developments of quantum physics extend the frontiers of our reality and request our Imagination to push the boundaries. I think, humankind is on the verge of realizing something very profound about reality and its assembly, which will turn our conception of us, the other and the object upside down. The findings of quantum mechanics about the nature of space, that all matter in the universe is nothing but a vibration in an all including field, raised the question of a new definition of the abstract. I will explore this further following text. 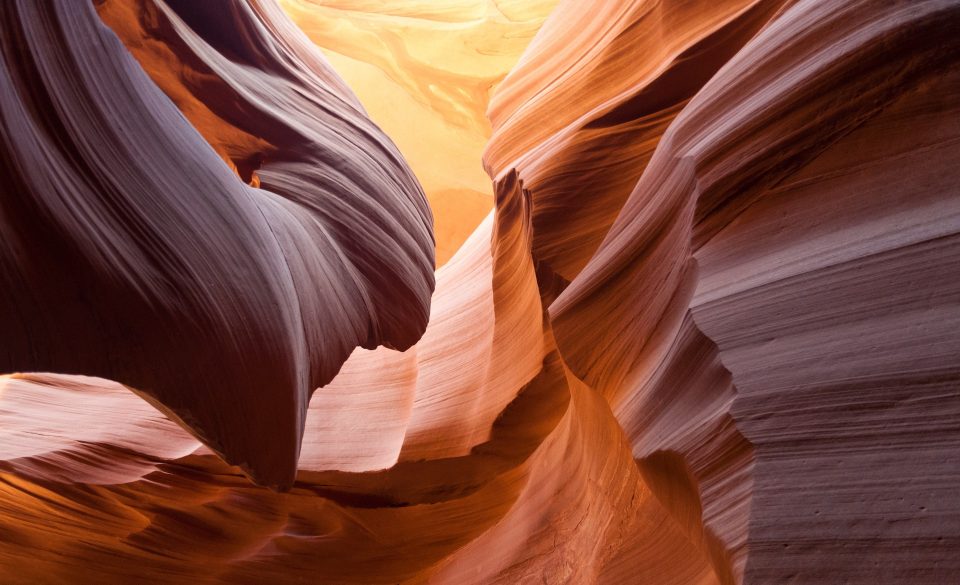 On my path as an artist I found a quote which grasped my exploratory urge in a unique way. The quote was from Salvador Dali:

“I foresee what will be the new style of painting, what I call the quantumized realism. That means it will consider what the physicians call energy-quantum, the mathematicians chance and we artists the imponderable or the beauty. The picture from tomorrow will be the most exact expression of reality, and one will feel that this reality is ensouled by an extraordinary life, what accords to what is called the discontinuity of matter”. 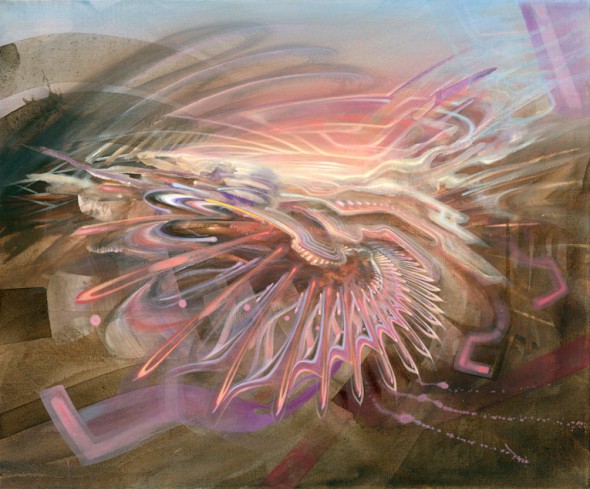 The term “Quantum Realism” defined by Salvador Dali some 40 years ago. He predicted the art of the future as something which will be an exact replication of reality. Rather than just replicating the surface of an object, which will end up in just a 2D-form (an outline and shading – The “Illusion of 3D), the quantumized realism was foreseen as a form of art which will be able to show the constant transformation of matter (the Object).

There is nothing static in the universe, everything is in constant motion, matter is flowing in and out, evaporating, freezing, growing, dying and being reconstructed. There is a fundamental principle of evolving Form underlying all these processes, which will be realized as the beauty we can see in all Universal Creations.

Quantum Realism wants to make visible the inner Structure of the Object, its underlying form principle, which will affect the way the Object will grow etc, and maybe most important its connection to its surrounding.

This quote about the quamtumized realism fascinates me to this day, and is quickening my fantasy towards a style of painting, which realizes the world as vibrating field, where the object is just a manifestation of the whole, and not considered as being separate.

“The Field exists always and everywhere, it can’t be removed by anything and it is the carrier of all physical events. Existence and decay of particles are only manners of motion in the field”

This quote could be mistaken as being out of some holy Indian book, but as spiritual as it may sound, it derives from some quantum physician talking about the gestalt of our reality.

When science is right in saying that we humans only apprehend 5% of our environment, you must come to the conclusion that our ordinary perception is nothing more than an abstraction of reality, a fractional amount of what is really going on “out there”.

I am pretty aware when I rise the assertion, that exactly this “Loss” of the totality of creation has to do pretty much with our social agreements, and I am talking in particular about Language in the broadest sense. Things come to life through the words our mind knows for them, and with our vocabulary our understanding of the world expands.

But if you look deeper into these circumstances, you might realize that there is a tremendous amount of difference between the word and the actual object. The Word is intellectual “idea”, a description of the object, reduced to a few characteristic features. Yet the actual object is morphological vibration, changing over space and time. And it will never have such rigor boarders than the intellectual description. 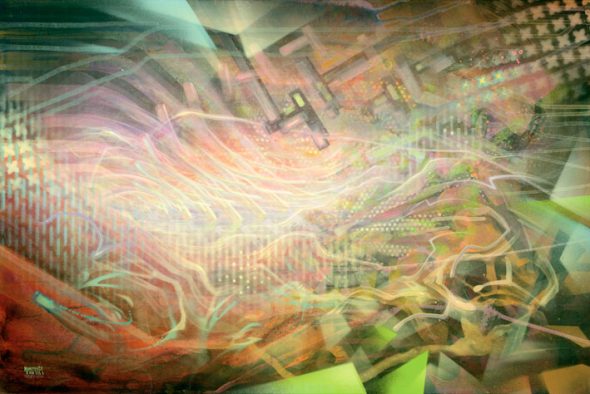 The representational happens in the mind,  the abstract is “out there”.

Up to the first blossoming of abstract art in the beginning of the 20th Century, painting was more or less a mirrored image of the intellect present at the certain time. Only with the human desire for that which stands “behind”, we can follow the path into the abstract.

With artists like Monet and Cezanne came a further aspect to the representation of the Seen, talking about the power of emotion and expression. When Cezanne sais, ” I bring everything together what is scattered”, he in secret announces the end of fragmented worldview, which looks at things as autonomous objects in space. Things get the same valence and melt together to a homogeneous whole.

Kandinsky takes it even further with saying that:

“The sense of the object is not in the object anymore, but in the inner sound of the form”. 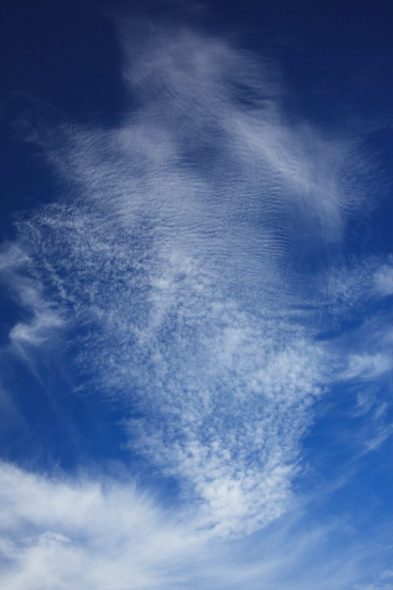 We can follow a clear renunciation from reason here. Artists begin to explore the deeper identity of the object by liberating it from its outer form, and make it “sound” from the inside.

Thus abstraction is in fact less the leaving out of information, as furthermore the despiction of further “layers” of reality.  Cubism dissolves the organic unity of the objects only to find their content of form.

The abstraction of the object means a coeval renunciation from the squeezing limits of the mind, towards a more intuitive perception of reality. This development had its peak in informal painting, the attempt to snatch a creative order from the chaos, where the painting was the result of quick and spontaneous decisions.

For me the question arises of how far are artists able to penetrate into this abstract, and how much information are they able to fetch from beyond reason. Bringing new aspects of our reality out into daylight, and then reintegrating them into our world of language.

The abstract is so highly complex, that we can only filter parts from it, sufficient to create a system of communication where we get along. But our intuition takes us to the shallowness of the unknown, and it is up to us to reveal what can’t be said…yet!

Science has already discovered some of the marvels of Reality. Now it is time to take all our creativity together and imagine it, to make it our Reality.